FDA: How to dispose of unused medicines
FDA: How do dispose of needles and other sharps
SafeNeedleDisposal.org

Asthma is a disease that affects your lungs. It causes repeated episodes of wheezing, breathlessness, chest tightness, and nighttime or early morning coughing. Asthma can be controlled by taking medicine and avoiding the triggers that can cause an attack. You must also remove the triggers in your environment that can make your asthma worse.

Chronic obstructive pulmonary disease (COPD) refers to a group of lung diseases that block airflow and make breathing difficult. Emphysema and chronic bronchitis are the two most common conditions that make up COPD. Chronic bronchitis is an inflammation of the lining of your bronchial tubes, which carry air to and from your lungs. Emphysema occurs when the air sacs (alveoli) at the end of the smallest air passages (bronchioles) in the lungs are gradually destroyed. Damage to your lungs from COPD can’t be reversed, but treatment can help control symptoms and minimize further damage.

Cystic fibrosis (CF) is an inherited disease of the mucus and sweat glands. It affects mostly your lungs, pancreas, liver, intestines, sinuses and sex organs. CF causes your mucus to be thick and sticky. The mucus clogs the lungs, causing breathing problems and making it easy for bacteria to grow. This can lead to problems such as repeated lung infections and lung damage. The symptoms and severity of CF vary widely. Some people have serious problems from birth. Others have a milder version of the disease that doesn’t show up until they are teens or young adults.

Diabetes is a disease in which blood glucose levels are above normal. Most of the food we eat is turned into glucose, or sugar, for our bodies to use for energy. The pancreas, an organ that lies near the stomach, makes a hormone called insulin to help glucose get into the cells of our bodies. When you have diabetes, your body either doesn’t make enough insulin or can’t use its own insulin as well as it should. This causes sugar to build up in your blood. Diabetes can cause serious health complications including heart disease, blindness, kidney failure, and lower-extremity amputations. Diabetes is the seventh leading cause of death in the United States.

Heart disease is a broad term used to describe a range of diseases that affect your heart. The various diseases that fall under the umbrella of heart disease include diseases of your blood vessels, such as coronary artery disease; heart rhythm problems (arrhythmias); heart infections; and heart defects you’re born with (congenital heart defects). The term “heart disease” is often used interchangeably with “cardiovascular disease.” Cardiovascular disease generally refers to conditions that involve narrowed or blocked blood vessels that can lead to a heart attack, chest pain (angina) or stroke. Other heart conditions, such as infections and conditions that affect your heart’s muscle, valves or beating rhythm, also are considered forms of heart disease. Many forms of heart disease can be prevented or treated with healthy lifestyle choices.

Hepatitis C is an infection caused by a virus that attacks the liver and leads to inflammation. Most people infected with the hepatitis C virus (HCV) have no symptoms. In fact, most people don’t know they have the hepatitis C infection until liver damage shows up, decades later, during routine medical tests. Hepatitis C is one of several hepatitis viruses and is generally considered to be among the most serious of these viruses.

AIDS is a chronic, potentially life-threatening condition caused by the human immunodeficiency virus (HIV). By damaging your immune system, HIV interferes with the body’s ability to fight the organisms that cause disease. HIV is a sexually transmitted infection. It can also be spread by contact with infected blood, or from mother to child during pregnancy, childbirth or breast-feeding. It can take years before HIV weakens the immune system to the point that you have AIDS.

Psoriasis is a common skin disease that affects the life cycle of skin cells. Psoriasis causes cells to build up rapidly on the surface of the skin, forming thick silvery scales and itchy, dry, red patches that are sometimes painful. Psoriasis is a persistent, long-lasting (chronic) disease. You may have periods when your psoriasis symptoms improve or go into remission alternating with times your psoriasis worsens.

Rheumatoid arthritis (RA) causes premature mortality, disability and compromised quality of life in the industrialized and developing world. Rheumatoid arthritis is a systemic inflammatory disease which manifests itself in multiple joints of the body. The inflammatory process primarily affects the lining of the joints (synovial membrane), but can also affect other organs. The inflamed synovium leads to erosions of the cartilage and bone and sometimes joint deformity. Pain, swelling, and redness are common joint manifestations. Although the causes are unknown, RA is believed to be the result of a faulty immune response. RA can begin at any age and is associated with fatigue and prolonged stiffness after rest.

Center for Donation and Transplant
MedlinePlus® 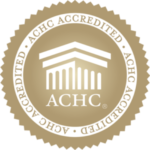